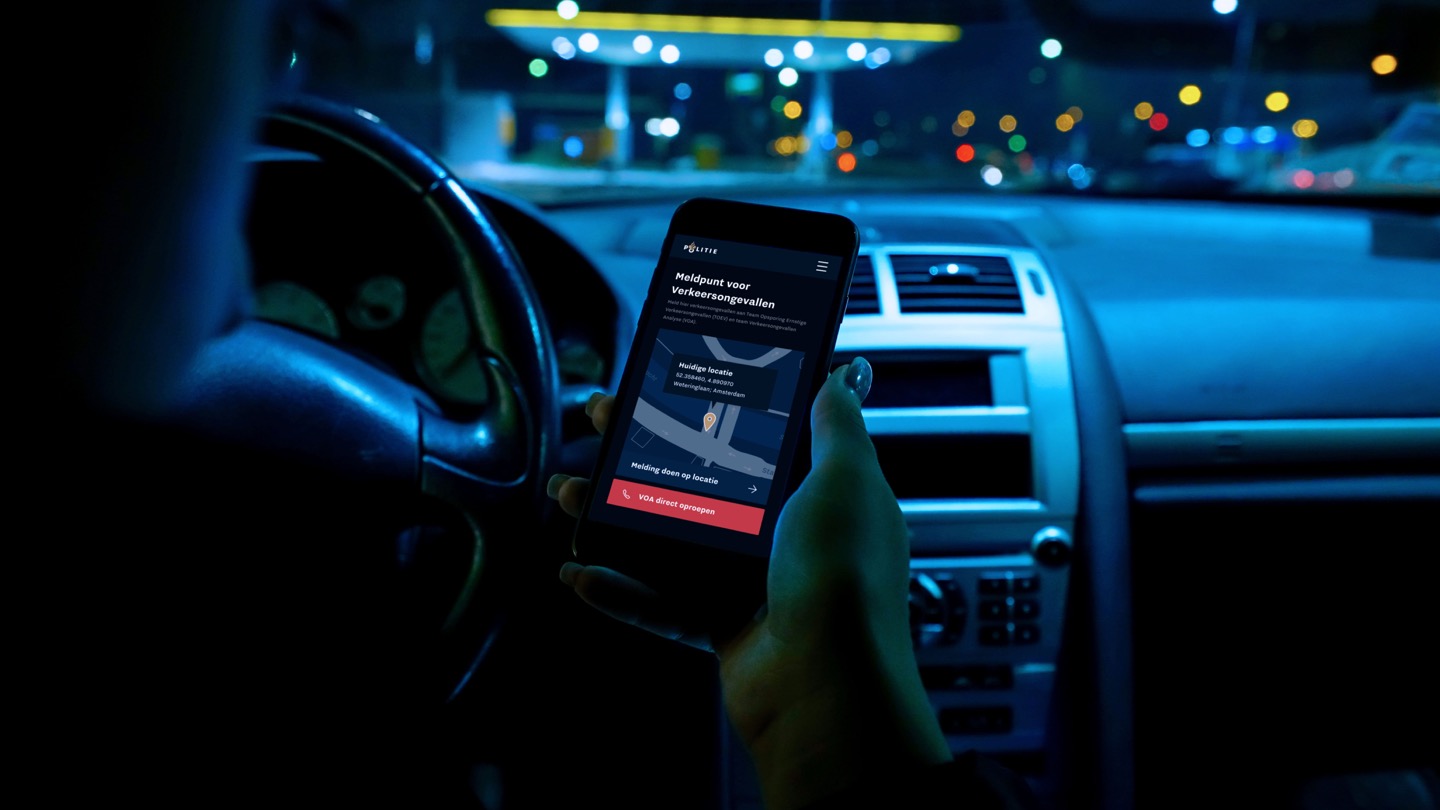 Forensic researchers at the Dutch Police department for Traffic Accidents, spend about 90% of their working time on administrative tasks. Without a central communication platform, they struggle to actively communicate and collaborate in their work. As a result, investigations aren't as streamlined as they could be, due to a lack of innovation.

The Forensic team for Traffic Accidents of the Dutch National Police aims to uncover the truth about accidents through different lines of investigation. First-line investigators go to the scene of the accident to collect evidence, after which second-line investigators do further research back at the office. In the end, their work is collected in a case file to be used in court by public prosecutors and judges. Most of the work is done on paper.

In order to fully understand our users, we started with research. We learned about their process through desk research, on-site observations, and user interviews.

To learn about the process in more detail, we organized a 'Process Origami' workshop. By asking questions such as "Can you elaborate?" and "Why is that," we could gain a deeper understanding of steps taken in the investigation and stakeholders involved. For example, we learned that investigators often note findings in their own notebook, but don’t share these with co-investigators, which can lead to vital loss of information.

A new way of working

Based on all the research we came up with a knowledge management system supporting the process from the moment an accident happens to the final case file delivery.

Reporting the accident on mobile

It starts with a simpler way to report an accident directly in the existing police app.

The forensic traffic team receives a notification of a new accident. They directly go towards the scene.

Thereafter the forensic team uses a simple, intuitive tablet app where they report the accident in finer detail.

Back in the office, the investigators can finalize the case file on desktop. Instead of a complicated folders system, they can now see all data in context on a map interface.

The investigators can make a dynamic map that replays the accident. This makes it much easier to fill in the gaps in knowledge and to ultimately get to the truth.

We did multiple rounds of testing and iterations on the designs. In the final stages of the project, we were able to test the designs in context.  We shadowed the forensic team for a day and joined them (with howling sirens) to multiple accidents. From the tests on-site we learned that we needed a dark mode version. We tested during an accident late at night, and the screen was way too bright.

Sometimes it was challenging to navigate such a traditional organisation. Their process is complex, which required active collaboration between our design team and the Dutch National Police. Our focus was to understand actual needs and streamline the entire process. Moreover, legal and technical police requirements had to be respected.

As we were introducing a digital solution to a mostly analog organisation, we had to make sure that investigators understood how our work would fit in their current process. Through several prototypes, we presented our work to create this understanding for investigators.

In the end, we showcased a new digital way of working that could spark motivation for further development. Ultimately, we envision this product to be an end-to-end solution for the police, public prosecutor, and law departments. We aim for a working process in which different investigators can actively collaborate and work more efficiently towards the final case file. Our current concept is focused on the investigation of traffic accidents, but it has the potential to be adapted to other departments.